UN and peace and security

Guide to the UN and UN documentation

DagDok is your guide to UN and UN documents and reports.

DagDok - your guide to the UN documentation

DagDok is a guide to the UN documentation by the Dag Hammarskjöld and Law library, Uppsala University. Its purpose is to help you find UN reports and documents as well as background information about the UN organization as well as areas of UN activity.

UN News takes a look back at some of the big stories on its global patch, that unfolded between 2010 and 2019: 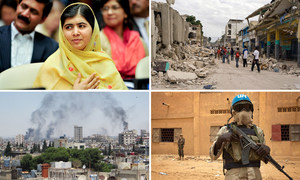 In part one, which takes in the period between 2010 and the end of 2013, the focus is on the devastating Haiti earthquake, the beginning of the ongoing Syrian conflict, the inspiring work of Malala Yousafzai in favour of girls’ education, and the creation of what has now become “the world’s most dangerous UN mission”, in Mali. 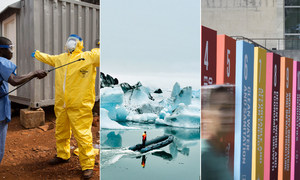 In part two, we take in the years 2014 to 2016, which saw the worst outbreak of Ebola ever recorded; new hope that the climate crisis could be tackled by world leaders, through the historic Paris climate agreement; a UN mission in Colombia to facilitate a much-awaited peace process; and the launch of the UN’s 2030 Agenda, a plan of action for people, the planet and prosperity. 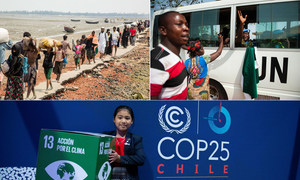 In part three UN News looks back over the past decade takes in the launch of the 2030 Agenda, the UN’s blueprint for a better future for all; the humanitarian response to the Rohingya refugee crisis; the successful end to the mandate of the UN Liberia Mission; and fresh momentum in the fight against the climate crisis, despite disappointment over the COP25 climate conference in Madrid.